Dubbed the ‘silent destroyers’, termites have been known to wreak havoc on residential and commercial properties. These common critters can create a nightmare for property owners due to their ability to cause thousands of dollars’ worth of damage to Australian homes and businesses. Although they are one of Perth’s most common residential and commercial pests, here are a few things you may not know about troublesome termites. 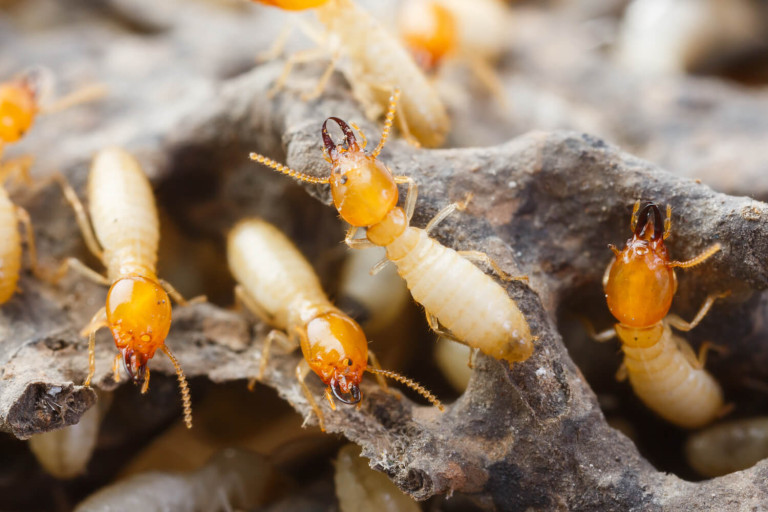 Leaving a termite problem unattended for a long time could cost Perth home and business-owners a lot of money and stress. If you suspect a colony of termites has invaded your home or business, you will need to contact Perth’s termite control experts to remove the infestation safely. At Bug Busters in Osborne Park, our technicians are highly trained in the use of safe and effective pest control methods. From termites to rodents, we have Perth homes and businesses covered for all their bug busting needs!

We had an appointment scheduled very quickly and easily with Bug Busters. Aaron was on time and a true professional. He was knowledgable, open, and explained the whole process easily and clearly. Gave us a guarantee that our problems would be solved and if there were any future issues he would attend to them himself with the utmost expedience. Aaron was a real pleasure to work with and i feel significantly more comfortable after working with him. Would recommend their services to anyone who needed them.

I found the young man named Deryn who came to deal with our rodent problem to be extremely polite, personable and knowledgeable. He was on time and friendly and knew a lot about the behaviours of the rat species. I would highly recommend Bug busters and will definately them for future pest problems when they arise.

Bugbusters installed termite traps around my house and shed many years ago. Every 3 months the traps are inspected for any termite activity. At intervals the house, ceiling and shed are are checked for termites. They have also dealt with wasp infestations and put rat baits in the ceiling.. Their operatives have always been helpful and friendly. I would recommend Bugbusters to anyone.

I have used Bug Busters on a number of occassions over the last 15 years. The last time only a few days ago.. Derryn was absolutely client focussed; professional; neat and cleaned up impeccably my jarrah floors that had just been re varnished. I have no hesitation to recommend this company.. Five stars from me. Paul Vic Park.

Staff friendly and courteous and provide excellent customer service. Contractors efficient and knowledgeable and are always willing to provide extra assistance when required. Highly recommend this company for residential and commercial pest treatments.